Now listen to this video.

This Photo show how I can work with and adjust the tempo of a track. You can see that this track starts off at 80 bpm, quickly moves to 120 bpm, quickly drops back to 80 bpm and finally gradually declines to 65 bpm at the end of the track. 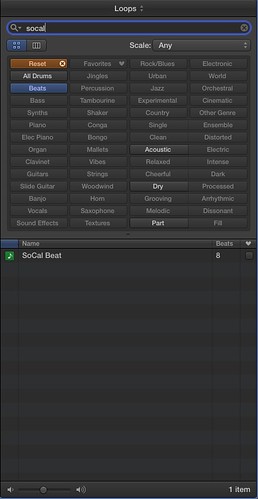 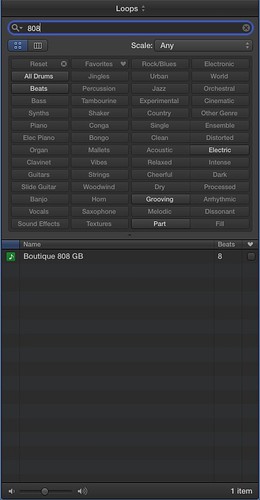 As you can see by the above pictures, I can add regions to the Loop library! One of these is a MIDI section (SoCal Beat), and the other is an Arpeggiated drum machine beat (Boutique 808 GB). 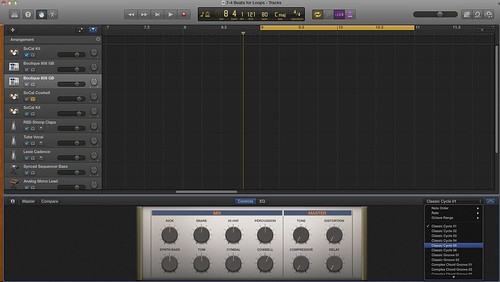 This photo shows that I know how to record arpeggiated drum machine beats. The drum Botique 808 GB is all set up with an arpeggiated setting already on (Arpeggiator menu is open in bottom left) and there is already a two bar cycle set. The only thing I would need to do to record an arpeggiated drum beat now open up musical typing, hit record, and hold a couple keys!